South Tampa Fellowship wanted a modern twist on the nativity for their Christmas series. The series would juxtapose the intrusion of Christ in the lives of Mary and Joseph with how people view Christ as an intrusion today.

We developed the concept of the street lamp being like the star and set a stock nativity on a stock street scene. Then we photographed people in the church against a green screen with a light source behind them like the street lamp would be. I merged everything together and recolored everyone to look consistent with the lighting and coloring of the street scene. I added shadows as well to match the lighting in the scene. We wanted to go with blues and silvers for Christmas. 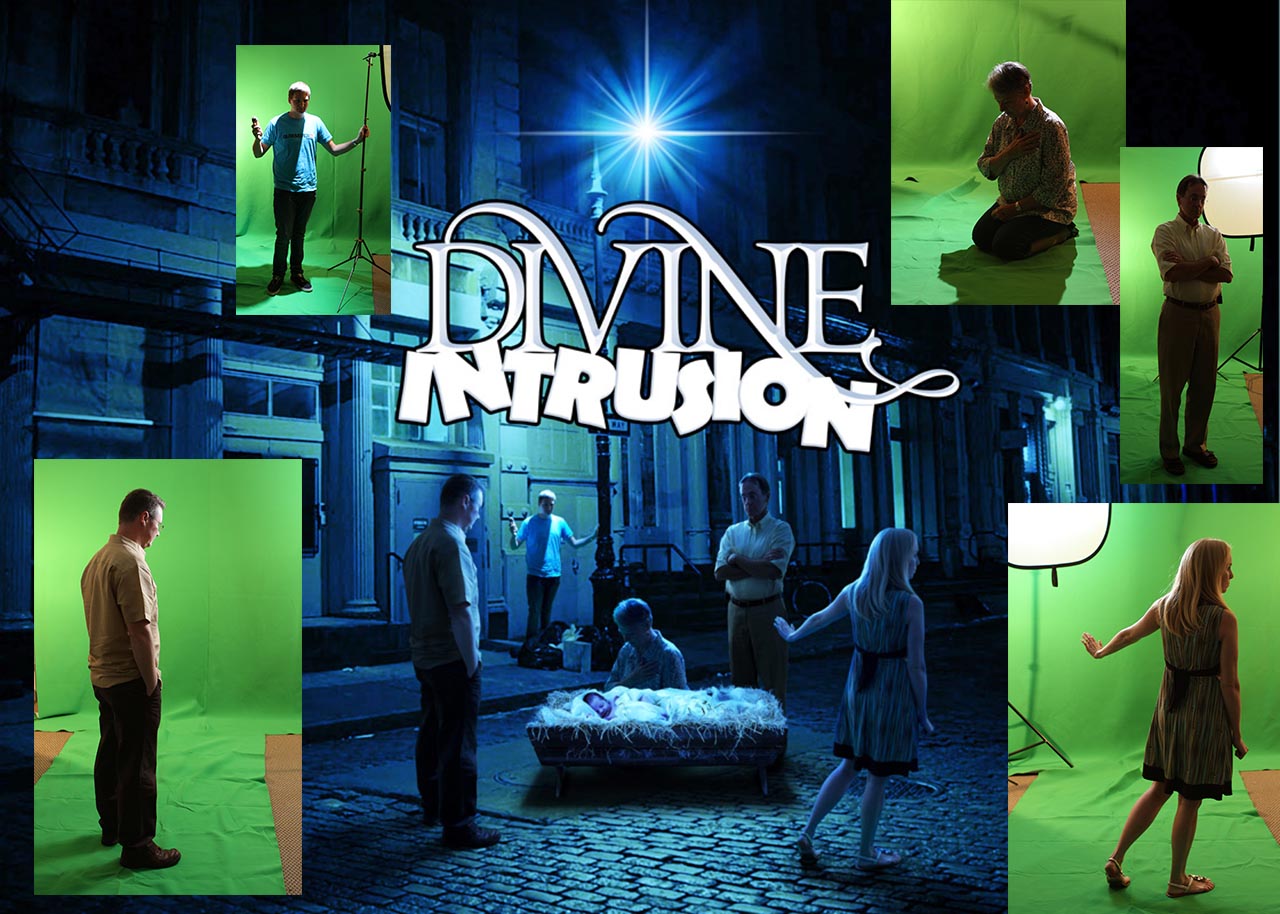